While Africa has blessed the world with many recognized female artists, Dobet Gnahoré has proven herself to be a truly special talent. Hailing from Côte d’Ivoire, Dobet is a virtuosic singer, dancer, percussionist, and songwriter who has taken the modern Afropop sounds of her country in exciting new directions. A 2010 GRAMMY winner, Dobet Gnahoré is well - known for her jaw - dropping dance moves, powerful stage presence and richly emotional vocal style. With her sixth album Couleur , released on the Cumbancha label in 202 1 , Gnahoré breaks with her past acoustic styles to create a fiery album filled with danceable grooves, electronic beats, nimble electric guitar l ines and catchy melodic hooks. With her latest album, Dobet explores the concept of freedom: The freedom to blend the urban energy of modern Africa with its vibrant ancestral rhythms; The freedom to sing in multiple languages, from the diverse indigenous languages of her native land as well as in French and English, to bet... 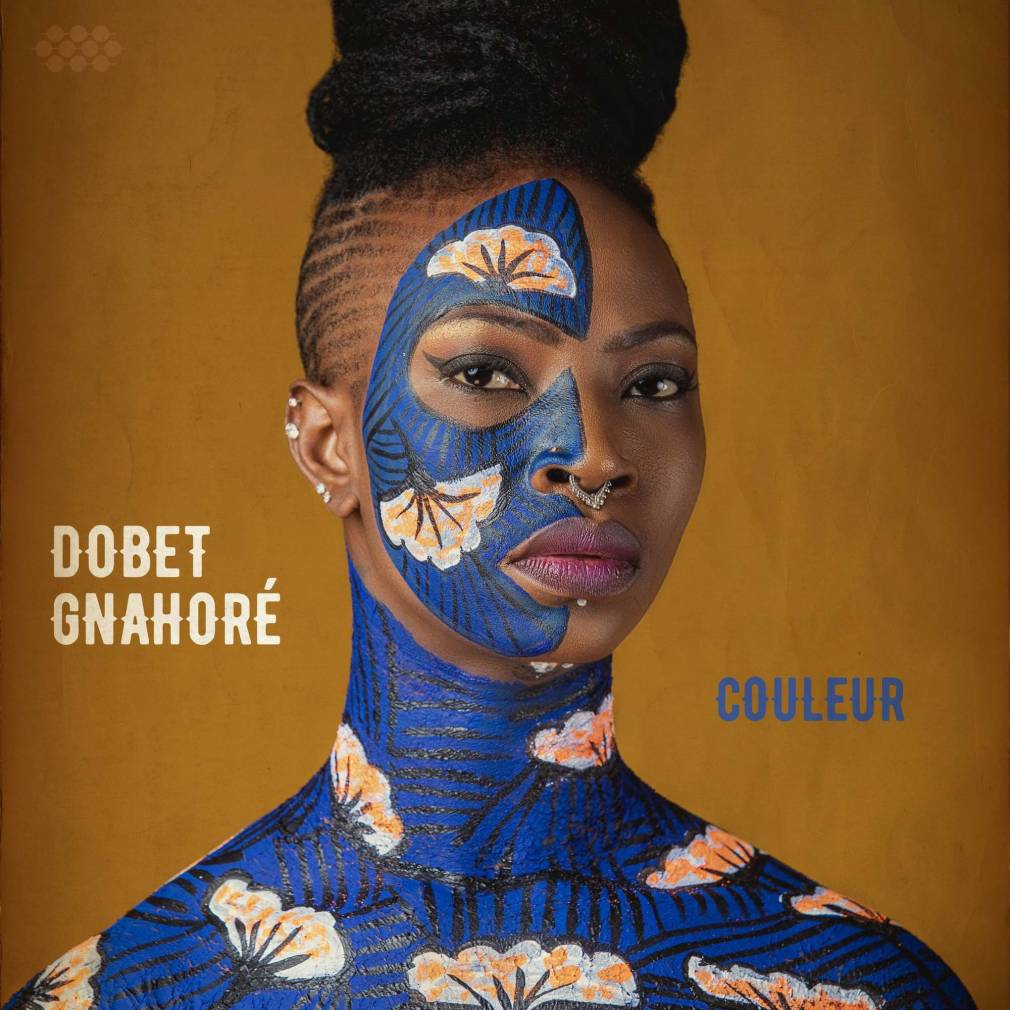 Dobet Gnahoré's sixth album was released on June 4, 2021 by Cumbancha. Recorded in Africa during the pandemic, Couleur celebrates diverse African talents, as well as the cause of women, creativity and positivity. 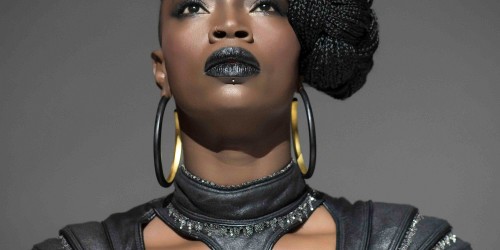 Here, modernity is nourished, embellished, revitalized by tradition and heritage. The culmination of research, of a crossbreeding of identities, sublimated by the production work of Nicolas Repac. This new album offers a journey between electronic modernity and Afro-pop. 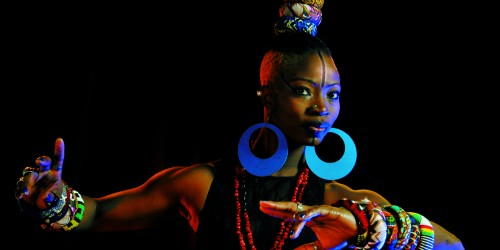 Dobet Gnahoré is back in force. But a gentle force, like a tenderness brandished at arm's length for a heart-to-heart exchange. She sings of women and Africa united. One carrying the other on his shoulders, in his heart, in his pain, in his joys. The other pushing the woman straight ahead, forced to move forward for her family: her children, her husband, her family, her people, her country, her continent... 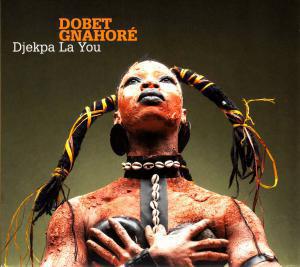 Three years after "Na Afriki", this new opus 'Djekpa La You' (street children) is devoted to the way Dobet still sees her Africa, and more particularly her childhood. The singer continues to speak freely about Love, of the place of women and children in today's African society, with, as a throbbing red thread, its creed: the resources that Africa must find by itself, within itself. surrounded on this album by the group that follows her on the roads, namely Colin Laroche de Feline (Guitar), Clive Govinden (bass), Boris Tchango (Drums) and with guests such as Vusi Mahlasela, Fatoumata Diawara, Soum Bil, le Gangbe Brass Band... 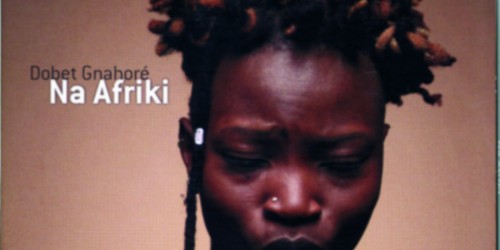 "Na Afriki" means "my Africa", in Dida, one of the languages spoken in Côte d'Ivoire, like Guéré which it uses alongside Senegalese Wolof, Malian Malinké, South African xosha , Beninese Fon and Congolese Lingala. This cartography is found in a music that crosses the rhythms of the black continent. With an energetic and sensual voice Dobet Gnahoré makes us travel to the confines of his feelings, his emotions. In this album, the singer reveals her tremendous vocal power while letting her femininity and deep sweetness express themselves. 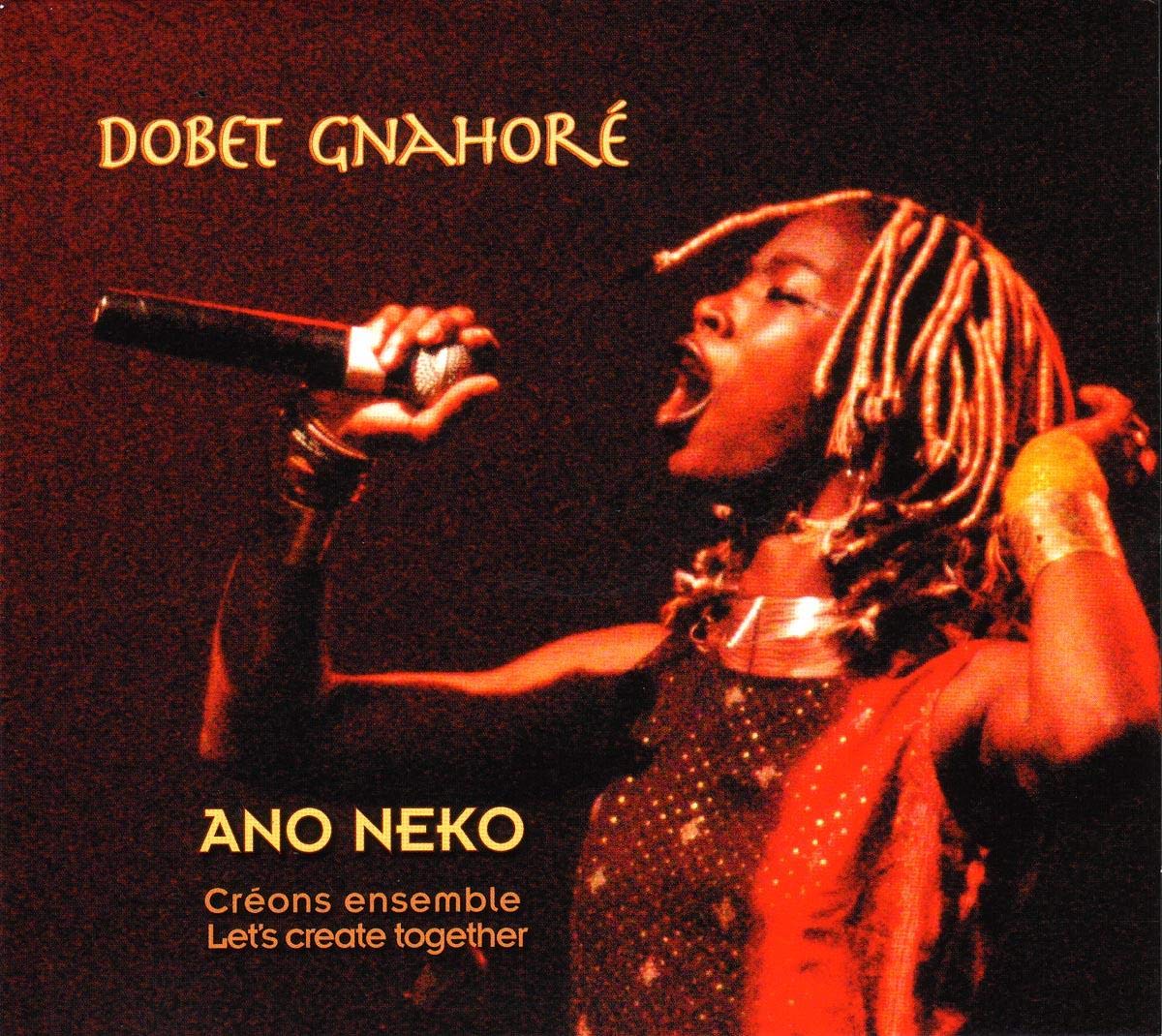